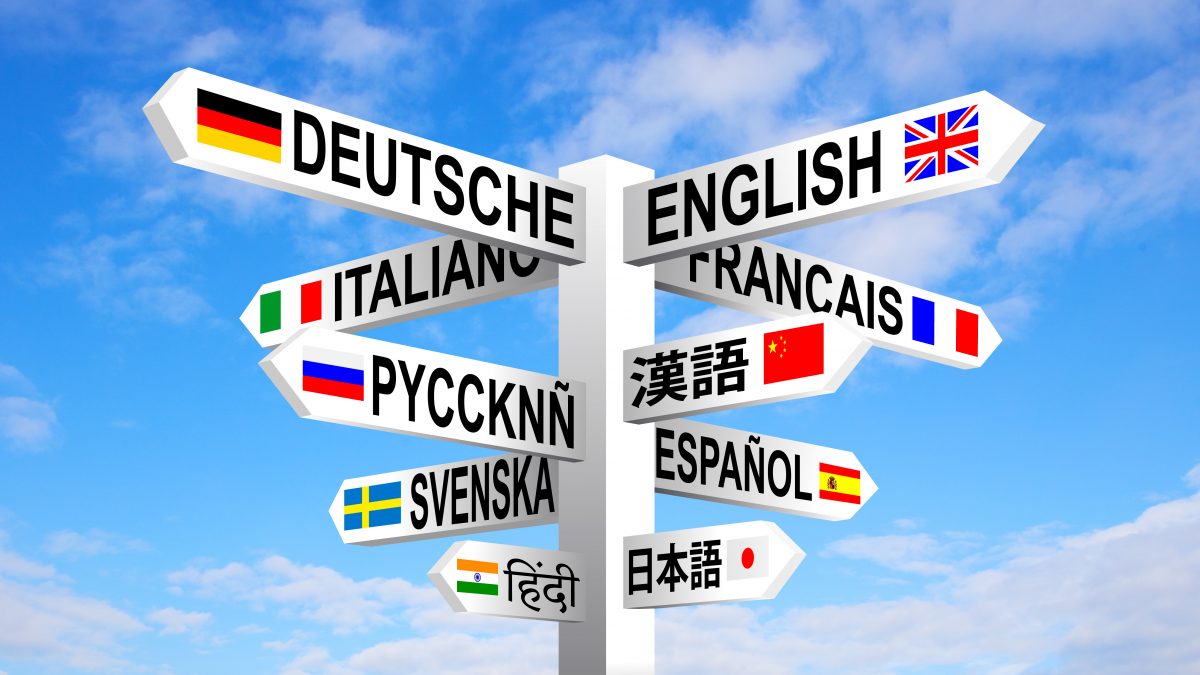 History of the language

Language and http://lingvanex.com/translationserver/ has been a human companion for thousands of years. It has been used as the main means of communication and cooperation between people since the days of Ancient Greece and Ancient Rome. The knowledge contained in many scientific works, philosophical and medical treatises has come down to us only thanks to language. Some of them are still used in modern science and medicine.

There are a number of theories about the origin of language and speech as such. One of the most plausible is the theory based on the thesis of evolution, put forward by Charles Darwin, according to which humans descended from apes. In the course of observations of our animal ancestors, it was noticed that in monkeys there are approximately nine different sounds, produced by various combinations of movements of the lips, tongue and jaws. Man, as the crown of evolution, has the highest level of intelligence, if we consider him as a species. Scientists believe that the development of the sound composition of speech is associated with a change in the shape and mobility of the lower jaw in humans and with an increase in the size of the oral cavity, in which the tongue can move more freely than in monkeys. This constitutes the anatomical basis of this theory of language development.

As for the role of reaso 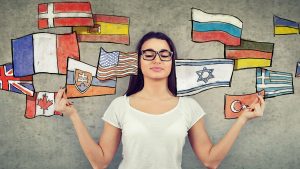 n and intellect, a person in his worldview covers a much larger area than a monkey, and is capable of great things. However, no living creature survives alone, and man had to seek cooperation from others. Language is only a tool invented and developed by man in order to achieve this cooperation and, thus, expand its sphere of influence on the surrounding world.

Simply put, once people entered into an agreement that a stone would be called a stone, the Sun – the Sun, the Earth – the Earth, and so on, and so on. The more new things a person invented and learned, the more new words and phrases he came up with to denote them. As simple as that.

First languages
It is impossible to say for sure which language was the most ancient. Some of them are already dead, others were buried under the rubble of history. However, some of the most ancient languages ​​have come down to us, and here we will tell you a little about them.

Greek is one of the oldest living written languages ​​in the world. The first records in this language were created in 1400 BC. It has existed and developed for 3400 years, and has the richest written history of all Indo-European languages. Greek is the native language of the population of the Balkan Peninsula. Today about 13 million people speak it.

The first sources of the Chinese language appeared in the 11th century BC. Today it is spoken by over 1 billion people. The Chinese language is one of the most widely spoken languages ​​in the world and consists of a group of dialects, in which the Mandarin dialect dominates, because most Chinese people speak it.

The first example of a Sumerian language dates back to 3200 BC. It was discovered at the archaeological site of Jemdet Nasr in Iraq. It was the languages ​​of the ancient Sumerians who lived in the fourth millennium BC. It has no connections with other world languages, which makes it one of a kind.

Popular languages
One of the most popular languages ​​in the world is, of course, English. Although it is only the third largest native speaker in the world after Spanish and Chinese, it is the lingua franca and deeply penetrated the business, legal and technical aspects of international relations. Large forums and international conferences are often held in English. The history of the English language begins in 800 BC, when the Celts moved to the territory of Britain. Many linguists believe that the word “Britannia” comes from the Celtic root word “brith”, which means “painted”. The chronicles say that before a fight or a hunt, the Celts really painted their bodies and faces. Modern English is considered a mixed language, because during its existence, it was significantly influenced by Latin, French and the language of the Anglo-Saxons. The colonial policy of the United Kingdom contributed, albeit in an unsightly way, to the development and strengthening of the English language in the world. The language continues to exist and develop dynamically.

It is impossible not to tell about the Spanish language. It has the second largest number of speakers in the world. It is spoken in Spain and several Latin American countries. The history of this language goes back to folk Latin, which began to spread in the territory of modern Spain at the end of the 3rd century. BC. As a result of the long Roman and Arab invasions, the Spanish language has undergone some infusions from these languages ​​as well. During the Middle Ages, a territory called Castile stands out in Spain, where people speak mainly Spanish. It is the Castilian dialect that is currently considered the standard Spanish language. The first textbook on the grammar of the Castilian language was published in 1492 by the Spanish linguist Antonio de Nebrija. In 1713, the Spanish Royal Academy is established. Its aim is to establish Castilian as the standard language throughout Spain. The history of this language does not end there. It continues to evolve and more and more people continue to study it. 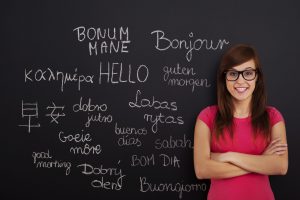 The French language has evolved over two thousand years. Before the Roman invasion, the Gauls tribes lived in the territory of modern France. When Rome subjugated these tribes to itself, Latin began to penetrate there. As a result of the “romanization” of the Gauls, they begin to speak folk Latin. During the Middle Ages, from the 9th to the 13th centuries, two main languages ​​were spoken in France – Old French and Provencal. The latter retained in itself many features of Latin, and Old French. in turn, continued to develop. In the XIV-XV centuries. the language is especially developing – many dramatic works, novels, lyric poetry are written in it. By the 18th century, the French language took on its modern forms and still retains them. Since then, nothing has essentially changed in his spelling and grammar.

Conclusion
There are a huge number of languages ​​in the world, and, of course, it is not possible to cover every one here. We sincerely hope that this article was informative and interesting for you!